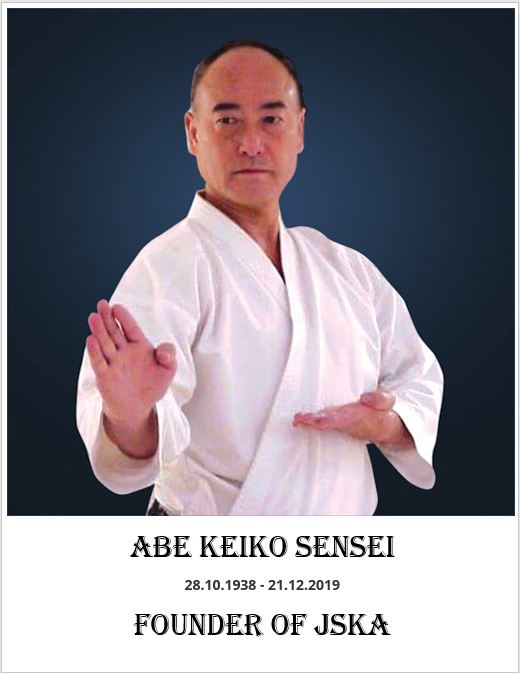 ABE Keigo Sensei, founded the JAPAN SHOTOKAN KARATE ASSOCIATION the 10th February 1999. Abe Sensei holds 9th Dan in the Japan Shotokan Karate Association and is the JSKA Chief Instructor. It is one of the fastest growing Shotokan associations in the world. Abe Keigo Sensei was born in October 1938 in the town of Iyoshi in Ehime Prefecture on Shikoku Island in East Japan. Abe Sensei started Karate and Judo training when he was 15 years old. In 1956 he entered the Japan Engineering University in Tokyo from which he graduated in 1960. In 1958 Abe Sensei started to train at the Headquarters of the Japan Karate Association (JKA) where he met a young and powerful Sensei, NAKAYAMA Masatoshi Sensei, who was to become his grand master. Abe Sensei trained there every day for nearly 35 years. During this time, Abe Sensei was informed by Nakayama Sensei that Nakayama Sensei himself was taught by FUNAKOSHI Gichin Sensei as well as by his son FUNAKOSHI Yoshitaka. This is further reflected in the teaching of Abe Sensei and the JSKA. In 1965 Abe Sensei graduated as JKA instructor, progressing to become an important member of the JKA Headquarters’ instructors staff and in 1985 was appointed Director of Qualifications; in 1990, Abe Sensei was appointed Technical Director of the JKA (Matsuno section), a position held until retiring from the JKA (Matsuno section) on 31st January 1999, and on the behest of his students worldwide, forming the JSKA. Abe Sensei, through his unique position as senior student of Nakayama Sensei, is and will remain an integral part of the evolution of the Shotokan style.

Abe Sensei has also taught and influenced some of the top Japanese instructors in the world to day, and headed numerous delegations in around 50 countries for the JSKA and the Japanese government. Abe Sensei is also one of the few Karate-ka to have refereed in the presence of the Emperor of Japan during a Japan national tournament. This is indeed a great honor in Japan and only highly respected Karate-ka might ever attain such a level of recognition.

Abe Sensei has been also an official instructor with the Japanese Ministry of Education, Culture, Sports and Technology, a national referee for the JKF, and an international referee for the WKF/WUKO. When approached by Hollywood, Nakayama Sensei delegated Abe Sensei as fight consultant on the filming of the James Bond movie “You Only Live Twice”, an experience which remains one of Abe Sensei’s many fond memories.

Abe Sensei was also an accomplished competitor and took 3rd place in the first JKA National Championship; was the Japanese team’s captain at the second WUKO World Championship in Paris, France; won 1st place in the team competition at the 1973 JKA International Friendship Tournament; and took 1st place in both the second and third JKF National Championships as a representative of Tokyo. A highly rated and dangerously competent fighter, Abe Sensei also devised the original rules for Ippon Shobu competition in a manner preserving the Budo spirit through the concept of “killing with one perfect, decisive blow”.

Although not well known, Abe Sensei is also a fighter that kept Enoeda Sensei, the “Shotokan Tiger”, at bay, in 1961 at a major Japanese tournament. Enoeda Sensei was already well renowned for his skills, ferocity and strength, and the fight went on to six enchosen (extensions), Enoeda Sensei finally winning only on hantei (decision), a memorable fight which reflects Abe Sensei’s skills, technical abilities, spirit and tenacity in the Dojo and his humility outside.

Abe Sensei has a great understanding of Karate history and philosophy through the formation and development of Shotokan style into what he perceives the future has to offer: “I feel that today’s Karate is centered only on winning competitions and everyone trains towards this end. But this is very far from the true purpose of Karate. I believe that the true purpose of Karate lies in daily training with a goal to develop in parallel a strong body and mind and furthermore to contribute to society in general; the Karate-do we practice has for essential purpose to attain a correct control of body and mind”. Abe Sensei established the JSKA to realize what he himself sees as the true purpose of Karate.

The JSKA Karate philosophy is to

• Improve technique as a sport
• Enjoy Karate practice as a means for developing a healthy body and mind.
• Learn self-defense as a martial art

Karate-ka who understand these principles are most welcome to join us. 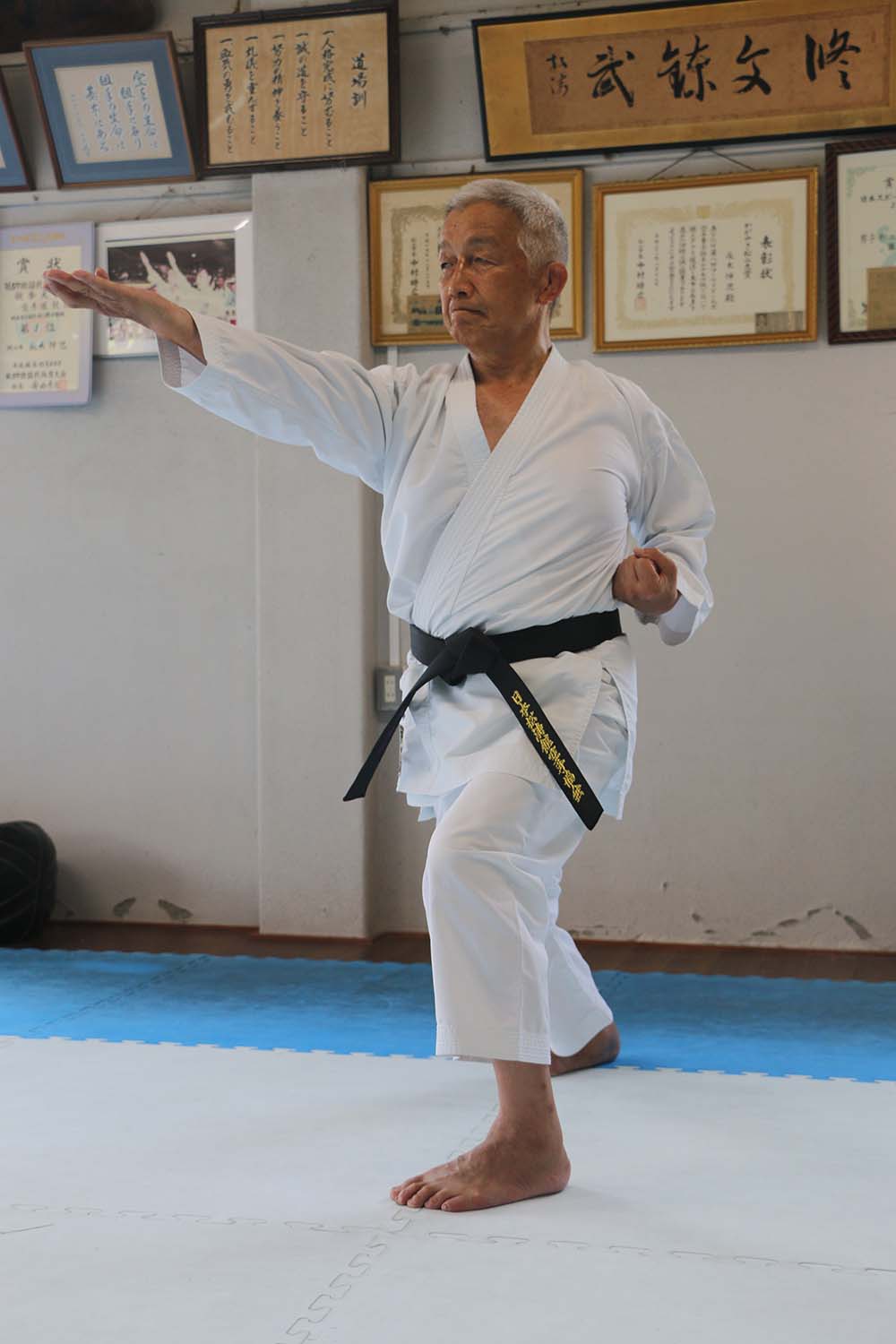 Sensei NAGAKI Mitsuru, are born in 1950 in Ehime Prefecture, was regarded as having a promising future in judo, which he had worked hard on since his childhood. Later, when he entered the Nihon University, he studied karate under Abe Sensei’s guidance.
Since then, he has devoted his life to karate. At present, he is an 8th dan, and with accuracy of technique, he is also a rare karate expert who can do both Kata and Kumite. His leadership is highly regarded in the world of karate, and Nagaki sensei has successively produced many world-class karate experts, including world champions.
He also never fails to practice hard and is breaking an unprecedented record of winning 27 consecutive master class championships.
Back to Top